Carol is a local Miriuwung woman who has strong family connections throughout the region. She actively participates in preserving and upholding traditional law and culture and has extensive grass roots community liaison experience, as well as highly developed project management and coordination skills.

Carol was an integral part of the MG native title determinations, giving evidence before the Federal Court about connection to country and MG people’s historic use of the land. She worked for the Western Australian Premier, Colin Barnett, during the early negotiations in relation to the Ord Stage 2 development and the completion of the Ord Final Agreement.

Carol was instrumental in establishing the Gawooleng Yawoodeng Women’s Refuge in Kununurra and has experience working as a Child Protection Officer for the Department of Child Protection. She has held a number of positions within community organisations, including MG Corporation, Kununurra Waringarri Aboriginal Corporation and the Aboriginal Legal Service. 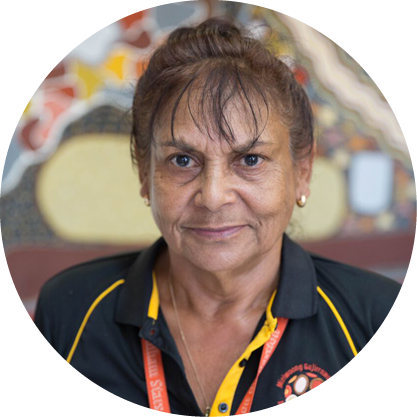