Tom Stephens was appointed as an independent director in May 2017 for a period of two years.

Tom has extensive corporate governance experience and currently holds a number of board positions, including as independent director of IBN Corporation Pty Ltd and Western Desert Lands Aboriginal Corporation.

Tom served as a member of parliament from 1982 to 2013, representing the Kimberley and Pilbara regions. Tom is very familiar with the East Kimberley, first working in the area in 1977 with the Moongoong Darwung Aboriginal Corporation and taking a key role in establishing the Kimberley Land Council in May 1978.

Tom was awarded an Order of Australia in 2014 in recognition of his contribution to politics and Indigenous affairs.

Having served as the Chairperson of the Select Committee on Native Title Rights, Tom is particularly interested in contributing to positive social and economic outcomes for MG people through the effective management of MG land.

Tom is looking forward to spending more time in the East Kimberley working with MG people towards realising their vision of achieving a healthy, wealthy and culturally strong MG community. 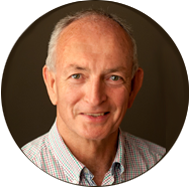